Committee Report on issues related to Fintech will be out soon

Subhash Chandra Garg, Finance Secretary reportedly said on Thursday that the report of the committee on Fintech relates issues might be made public soon.

An eight-member steering committee led by Garg was set up by the Finance Ministry in March last year. Garg is the Economic Affairs Secretary. Garg led this committee in order to consider various issues related to development of fintech space and various ways in which it can help in financial inclusion.

He has also reportedly mentioned that the government is keen to work with fintech sector and besides the advancement in the payment sector there still lies a hope for a lot of growth in Pension and credit delivery sectors.

Noting the way Supreme Court’s judgement on Aadhar has affected fintech sector, he has reportedly said that the government is trying to work out towards a solution where data is available to the industry without keeping the personal and private information of an individual at stake. 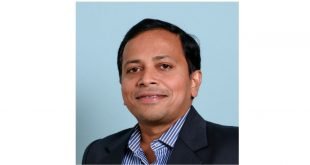