Blockchain will finally make itself useful this year

After all the hype, blockchain is due for a breakthrough in 2019. Banks and companies are gradually applying versions of the distributed-ledger technology associated with bitcoin to tasks like settlement. Demonstrating blockchain’s utility, though, will say little about the value of cryptocurrencies themselves.

The technology’s potential for recording and sharing data instantly and securely has captured the imagination of the corporate and financial sector as well as anti-establishment libertarians.

The latter dream of money that is free from the grasp of banks or governments, while the former hope to replace ageing back-office technology, increase efficiency and cut costs. Yet a decade after blockchain’s basics were laid down by the elusive Satoshi Nakamoto, no killer app has emerged.

That is set to change. Banks and exchanges have deep pockets, and their development of permissioned blockchain systems — limited to members of a defined group — avoid the heavy energy use, capacity constraints and governance problems that have plagued bitcoin and upstart platforms like electro optical systems.

So far these efforts have proved the effectiveness of blockchain for uses like securities settlement or one-off transactions like the A$110 million (RM319.03 million) bond the World Bank issued through a distributed ledger in August.

Digital Asset Holdings, the venture until recently run by former JPMorgan derivatives boss Blythe Masters, is getting ready to test its blockchain technology at the Australian Stock Exchange with the aim of replacing its clearing and settlement systems by 2021. 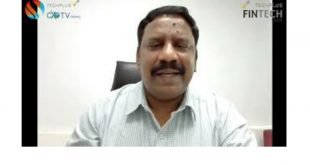